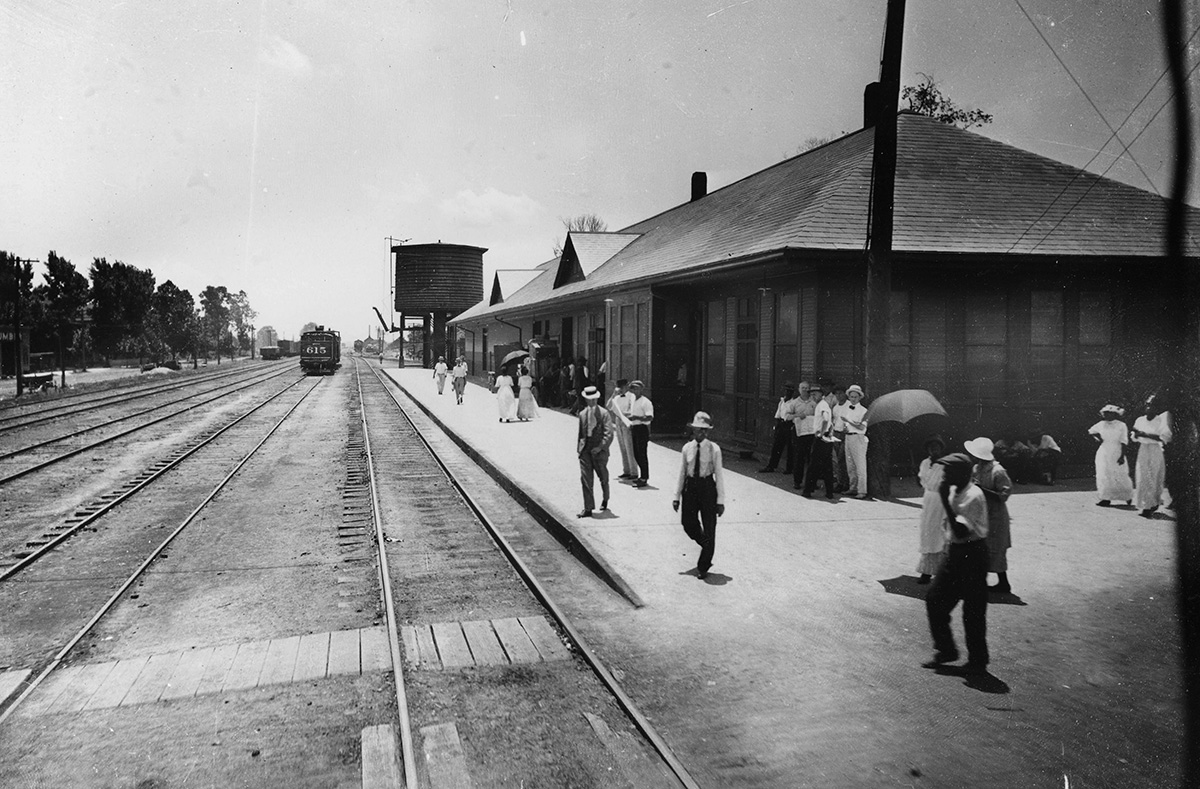 Cotton House is proud to call downtown Cleveland, Mississippi home. Established in 1869, the town found its place on the map as a product of the Louisville, New Orleans, and Texas railway system. The midway point between Memphis and Vicksburg, Cleveland served as a strategic location to pick up supplies and refuel trains, drawing both new and existing businessess to the area. Cleveland was incorporated two short years after the arrival of the railroad, discovering a veritable goldmine in the transport of the region’s abundant timber.

This clearing of the state’s dense forests coupled with river overflow on the Alluvial Plain resulted in an extremely rich top soil perfect for agriculutre, thus making cotton king in Mississippi. Tremendous economic opportunity in the region attracted an ethnically-diverse community. Aside from its Caucasian and African American populations, the Delta boasts huge numbers of Italian, Chinese, Lebanese, Hispanics, Jewish and Greeks, making it a true cultural melting pot where one might not readily expect to find one. The early 20th century also saw the inception of Delta State University, one Cleveland’s largest employers, responsible for an influx of new people, cultures, ideas and perspectives. However, the region experienced detrimental population loss throughout most of the 20th century as a byproduct the mechanization of farming, World War II, civil rights and segregation, and “The Great Migration” to Chicago and Detroit where factory jobs were readily available to African American workers. While its population in 1940 was nearly double what it is today, the City of Cleveland has been spared from extinction through devoted leadership, vision and volunteerism; smaller neighboring towns who were unable to diversify have become all but ghost towns. Cotton House is dedicated to the preservation of Cleveland’s community and character, working alongside organizations such as the Chamber of Commerice, Heritage Commission and Beautification Commission whose initiatives allow its historic downtown to thrive. Former lives of the hotel site itself include a car dealership, pawn shop, and hardware store.

Situated right in the center of the Delta, Cotton House is built along one of two main thoroughfares through Cleveland, Cotton Row, whose moniker is derived from the merchants who housed their product along the railroad tracks that gave the city its start. Anything you could potentially want to see or do in the area is within an arm’s reach. The Mississippi Delta has long been a tourist destination, and whether it is music and the arts or hunting and fishing that bring you to to our doorstep, we are proud to offer you an accommodation that compliments our heritage and culture. At Cotton House, we seek to evoke the celebratory spirit and welcoming, communal nature of the hardwoking, hard-playing people that call the area home, and we hope to inspire these same feelings and values in you, our guest, as a reminder to those near and far of the carefree experience that awaits them.